Often, the things that turn men and women on don’t even make rational sense, never mind can they ever be consistent to the politically correct insane concepts that we are bombarded with in our society.

And the more YOU can OVER-RIDE the forces of political correctness when it comes to interacting with women you want to attract, the BETTER you are going to do, for a MULTITUDE of reasons, not the least of which is that if YOU show you are cool with rebelling against politically correct SHACKLES against pleasure, you help HER feel cool about releasing HERSELF from those shackles and having fun with YOU.

And it is on this note that I want to introduce you to my latest program:

It is called POLITICALLY INCORRECT PICK-UP.

This program is an absolute MUST-HAVE.

When I say INFINITE success with women, I MEAN it. Once you get past these politically correct barriers, you can get ANY outcome you want with the women you meet, and the reason for this is because political correctness has made women so confused that they actually CRAVE a man who can LEAD the way OUT of the TORTURE of political correctness for them.

Here are just some of the CRUCIAL things you will learn in this program:

This crucial program is well over one hour long and CRAMMED with GOLD. It is PRICELESS in terms of the BENEFITS you will get for attracting the women of your choice, you could spend THOUSANDS traveling the WORLD trying to find experts in this field and STILL not get nearly the same quality of expertise that you will find in this program.  How much am I charging for it?  Only $19.97.

I’ve made this program available as an INSTANT-DOWNLOAD, which means you can be using it in MINUTES from now.

Success with women has TRULY never been easier than with this program.

Get it immediately by going here NOW:

That thing is BIOLOGY.

And I knew that in that magical moment with this woman in the supermarket as well.

I knew that her first reaction would be a bit of caution. A bit of surprise, as well, since most men are so politically-correct, they would never approach her out of the blue like this.

So I didn’t eject.

I understood what was happening.

I stayed right there, as calm as a gentle breeze. My expression as relaxed as can be.

There is no internal conflict in my mind. I know I am doing the right thing, and I also know that her biology will take over the political correctness given a chance to do so.

As the moment settled in, she cracked just the slightest touch of a smile, and began to push her cart toward me.

Now, I’m not going to go into all the details of the pick-up here, but I do want to explain a MASSIVELY IMPORTANT POINT:

By framing the interaction IMMEDIATELY as that of man and woman, as that of sexual interest in her, two things happen:

2. But the REWARD for you, is that once you pass through this moment, EVERYTHING that happens after that moment is building up SEXUAL MOMENTUM for the both of you.

Women are told non-stop by endless messages that men are dangerous and evil and rapists. Men are made to feel SHAME, and so are women, if they experience what should be the most natural thing in the world between men and women-the natural state of flirtation.

This is why most men, if they even dare to say ANYTHING to women they are attracted to, tend to say things that are PERFECTLY SAFE. Something like "nice purse"- a comment on her PURSE!

The problem with such a comment is that it may be "safe" and politically correct, but it conveys ZERO about your interest in her as a WOMAN. It is the kind of comment that would come from another WOMAN. 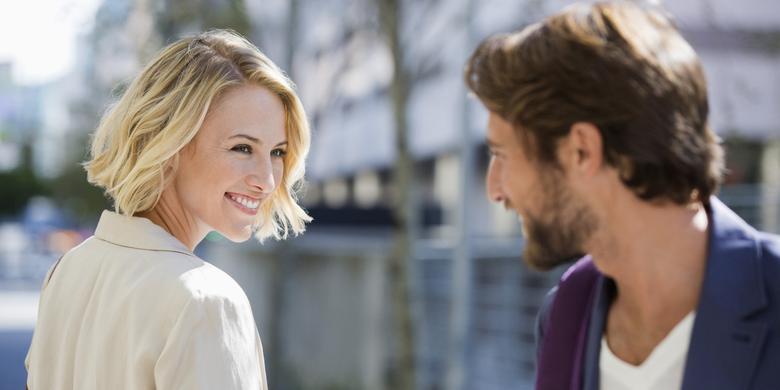 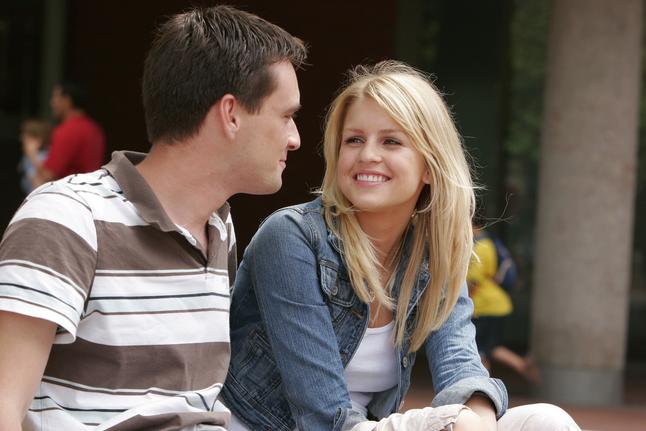 Recently, I met a gorgeous brunette while out doing some grocery shopping.

I spotted her while in line to check-out, and she was actually leaving the store, without any groceries. I cut out of the line, taking the cart out of the store with me, in order to stop her.

Clad in blue denim shorts, and a short-sleeve shirt, her curly locks imbuing her an extra touch of femininity, I drank in the sight of her.  She was grabbing a cart to take inside.

I opened her with a point-blank statement about my first impression about her, that she was a beautiful woman.

I didn’t say these words with some kind of desperation or even some kind of expectation.  They were merely an expression of my feeling as a man for her.

And this is the important part that I want to reveal to you: She DIDN’T smile immediately. She DIDN'T "do cartwheels" to show her approval and excitement.

In fact, her expression was more like a “deer in headlights”.

Allow me to explain to you why this reaction is a HUGE part of what actually ended up making her ATTRACTED just moments later in the pick-up-it's MASSIVE to your success with ALL women. 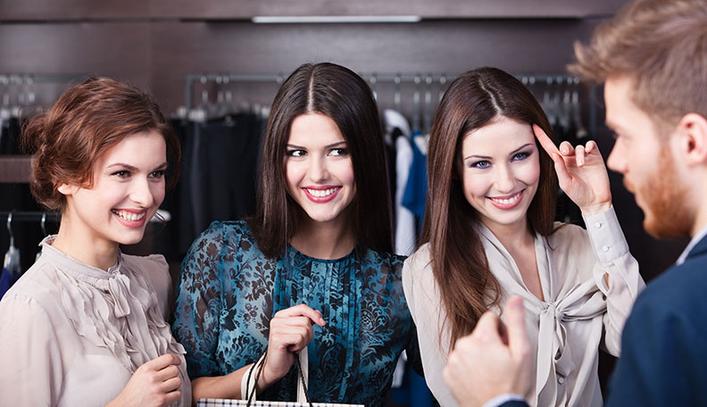 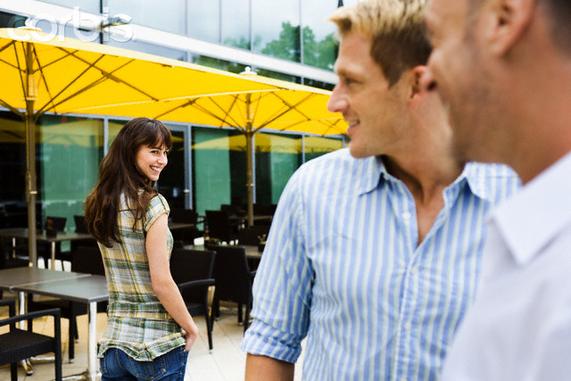 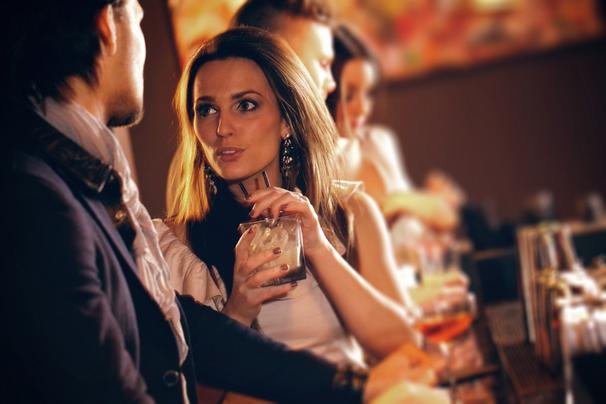 THE "MAN-WOMAN DYNAMIC" IS ESSENTIAL

You build sexual momentum because your approach has made it so that she UNDERSTANDS that this IS a MAN-WOMAN interaction, and that there is NO MISTAKE ABOUT IT.

So she has really only two choices, either ignore you, or JOIN you in this magical thing called man-woman CHEMISTRY, if you happen to be a man that KNOWS how to do this. (And in a world where almost NO MEN approach her, chances are she WANTS to play.)

Compare THAT to what so many guys end up doing, in order be ‘safe’ and not offend and to not be politically incorrect.

They will say some kind of remark like that PURSE comment: “That’s a beautiful PURSE you have there!”.

Unless you want to start a PURSE COLLECTION yourself, this is really NOT the kind of dynamic you are trying to create with her!

The key is not just to TALK to a woman, but to create the FRAME of sexual flirtation, political correctness be damned.

And by the way, regarding that pick-up, I did a whole "LOTTA" politically incorrect things that got her smiling, embracing me, even getting so passionate as to swear about things she felt strongly about in dating and relationships. And she was a classy woman, a really positive person as well.

At one point, she was so attracted, she started asking me what kind of women I liked-if I liked younger women, older women, adventurous women, etc., instead of just asking me if I liked her, which I thought was obvious or I wouldn’t have been talking to her.

Now imagine, if I had ejected just because she didn’t do cartwheels of excitement for me at my “politically incorrect opener” for the conversation.

When it comes right down to it, sex and sexual attraction are simply NOT politically correct.

There is no aspect of passion between men and women that IS politically correct.