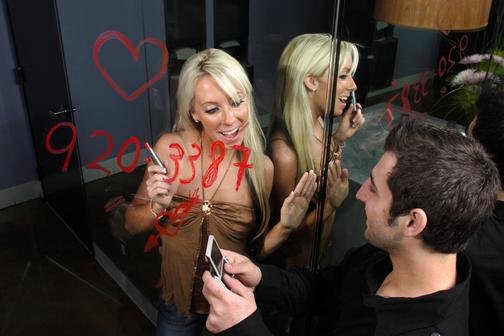 PROGRAMS    TESTIMONIALS    IN THE NEWS

The No-B.S. Truth On How To Attract Women

A Message From Michael Marks, aka "The Dating Wizard":

​There are a lot of dating coaches and pick up artists out there, so I want to let you know how I'm different, and how I'm going to ensure your success with women.

​For over 20 years now, there has been a narrative that the pick-up artists and dating coaches have subscribed to, and it goes like this: Women are attracted to "alpha males", and therefore are attracted to men who are arrogant, who act hard-to-get, and who sleep around a lot.

And, the narrative goes, if you behave in ways that show you care, or if you cherish the idea of fidelity, you are showing you are a "beta male", and she will be repulsed.  According to them, at this point it would be "just a matter of time before she CHEATS on you!"

The real truth, however, is a LOT more complicated. Women actually want men who are alpha male types who ALSO show they care.  When you meet a woman you want to attract, you need to show BOTH of these things, and since she is most likely on her way somewhere, you need to do this fast. This is where the real skill and development needs to focus on in order for any man to be successful with the kind of women they want.

​In order to convey both of these things, you really need to have a far more in-depth, two-way interaction with a woman than the PUA and seduction community would have you believe. Without it, your only choice of women are the women who are not in their right states of mind, or who are promiscuous, or both.

In fact, this is a large reason why the PUA community tends to focus on women who are drunk or promiscuous-or both-and then films these interactions as "proof' of their methods, when in reality, they are doing nothing, as these women are already aroused, uninhibited, and not in control of themselves.

That's not the kind of thing that I teach.  I teach men how to meet and attract amazing women-the kind of women that would make for great girlfriends or who even turn out to be "the ones".

Learning how to do that is a very DIFFERENT thing than hitting up the clubs or walking the streets in search of the most imbibed or promiscuous women in sight.

​And I've been getting men success with women for fifteen years, with the proof to vouch for it.  I was the official coach for men in the "Get A Relationship Challenge" event organized by the largest paper in Canada-The Toronto Star. These men took my training, and their glowing success with women was reported in detail to the newspaper.  You can check it all out by clicking the link for "Press" at the top of this page.

​I've also appeared on national television programs as a feature speaker on this topic dozens of times, given live seminars from coast to coast, co-hosted my own cable television program called Dating 201, and continue to conduct live bootcamps. And throughout all those years, I've kept the integrity and standards to the highest level in the industry.

Also, you might be interested to know that I am the developer of the true "no pick up lines and no routines" approach to attracting women. Even when the entire "seduction" industry was still teaching pick-up lines and memorized routines to men as the "best way" to attract women back in 2003, I was already teaching my students a far more powerful and natural method to attract women.

What I teach is also far more powerful than the "direct approach" method.  The "direct approach" involves just going up to a woman and telling her point-blank that you like her. The problem with that method is that it forces the woman to make a decision about you based on just one thing-what she sees in that moment, and not based on your personality since she had no time to truly experience your personality.

My system is truly unlike anything else out there. It is not "direct approach" or "indirect approach" and it certainly is not about memorized routines or pick-up lines or any manipulative tactics. My method involves crucial insights into human psychology as it relates to attracting women, combined with supreme confidence and world-class social skills.

​So welcome to my site.  If you have any questions about my programs, feel free to email me at: